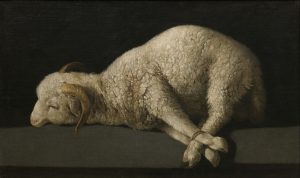 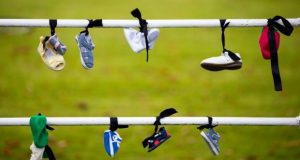 Dear friends. It has been a tough week. Many people sick with the virus, lots of funerals and then the Mother and Babies Home Report. It will take us all a while to unpack and reflect on this very painful report but I could not help but mention it today in the light of the Gospel. What came to me is that the women who have told their stories and shared their pain are Christ-like figures who have been channels of redemption and healing for the Church and for society. How so?

When John the Baptist saw Jesus in today’s Gospel, he pointed at him and said: ‘Look, there is the Lamb of God’. We might think that John was complimenting Jesus for his gentleness and meekness like a lamb. But at the time, no one who heard those words from John would have missed the real meaning of a lamb being the animal given over for sacrifice. On the innocent lamb was heaped the sins of many and it was believed that the sacrifice of this lamb would somehow bring redemption and forgiveness to the people. In the case of Jesus, this is exactly how it played out. Jesus was killed at exactly the time the Passover lambs were being killed. On him was heaped the sins of the Jews, the Romans and all that was wrong within our human condition. The sacrifice of the lamb was effective in cleansing and reforming individuals and society.

This is still our faith today. We still believe that Jesus’ work of reform is still going on. He is still the lamb whose sacrifice is still at work. Out of love, he takes our sins on himself, he breaks their power and gives us freedom and joy. That’s why we say at every Mass before Holy Communion when the priest holds up the chalice and host: ‘Behold, the lamb of God who takes away the sins of the world. Blessed are those called to the supper of the lamb’.

Evidence of that ongoing work of healing and saving are the lives of the women who shared their stories. Like lambs who were sacrificed, on them fell the sins of others and who carried the shame that belonged to everyone. Many years later, their truth has come out into the open – the truth we were not prepared to hear many years ago but the truth that we can only hope will make us a better and humane Church and society.

Many of the women who have told their stories might find it odd to be described as Christ-like people but it is a description I believe is fitting for two reasons – first because it is a reversal of the injustice of being scapegoated and shamed to become instruments through whom God’s work of healing and justice flow. Second, because Jesus in his love and compassion draws close and identifies most with the wounded and the marginalized, as they once were.

As a Church and society, it will take us a while to come to terms with what has been exposed. But as we move forward, we need to do so humbly with these questions in mind. In similar reports that will be published in say thirty years from now, and that will condemn our blindness as we condemn the blindness of previous generations today, who will be the Lamb of God then? Will it be the unborn? The homeless? Those deprived of the right to know their natural fathers and mothers? Who else?

Message of His Holiness Pope Francis for Lent.

They Died on This Day 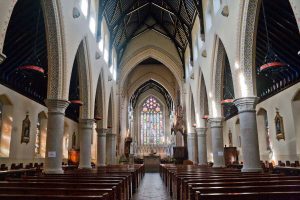 Visit Gallery
Images of Our Church 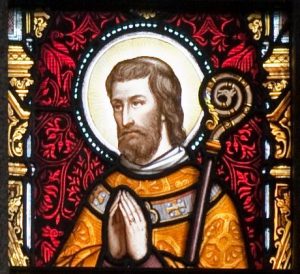